Home> Industry news > After the imbalance between men and women in rural China, the problem will be unimaginable

After the imbalance between men and women in rural areas, the problem will be unimaginable, and the man will not be able to marry a wife.
China is the country with the most disparity in the ratio of male to female newborns in the world.

According to the results of the sixth population census in 2010 (the "sixth census"), the ratio of men to women in mainland China is 104.9:100.
Doesn't it seem exaggerated? This is mainly due to the longevity of women. The sex ratio of the population aged 70 and above is 88.1:100, lowering the overall ratio.
If you look at it by age, the situation is terrible.
This is a picture of the sex ratio of the population born from 1970 to 2009. Note that it is not their sex ratio in the year they were born, but their sex ratio in 2010.
Because many preschool children have not registered their births, the sex ratio of newborns is often a bit distorted-girls have more underreporting and underreporting. With school age, the hidden population will slowly emerge. By 2010, the post-90s generations will have hukou anyway, so the "six census" data is closer to the current situation.
It is not difficult to see that throughout the 1990s, the sex ratio at birth rose sharply. The male-to-male ratio of births in 1989 was 101.2:100, while the ratio of males to females in 1999 has reached 117.3:100-the international warning line is 107:100.
If it is averaged every five years, then around the 1990s, the sex ratio of the birth population had a significant triple jump.
What happened in the past ten years?
The one-child policy began in 1979 and was gradually implemented in the 1980s, but it is generally difficult to implement in rural areas.
From the late 1980s to the early 1990s, various provinces successively promulgated family planning regulations to strengthen management, expelling urban public officials, and destroying houses in rural areas.
According to the analysis of the "Fifth Census" (2000) by Professor Guo Zhigang of Peking University, the gender ratio of newborns is relatively normal in areas with loose family planning; in areas with strict family planning, the sex ratio of newborns is obviously unbalanced.
In the 1990s, with the improvement of economic and medical standards, fetal gender identification and induced abortions became more and more common.
When the "patriarchal" thought is added to the catalysis of technology, it has the power to distort reality-"Since there can only be one, then we must find a way to give birth to a boy."
According to estimates by Chen Yuyu and other scholars, from the 1980s to the 1990s, 40%-50% of newborns’ gender imbalances were enlarged, which originated from local ultrasound detection technology.
Does the country do not matter? Of course. The "Population and Family Planning Law" promulgated in 2001 expressly stipulates that it is strictly forbidden to use ultrasound technology and other technical means to perform non-medical fetal gender identification; non-medically necessary to select sex artificial termination of pregnancy is strictly prohibited.
But the bad habits are hard to change. Countless families have made choices that seem to be best for them, which will eventually lead to the bitter fruit of the whole society 20 years later. This bitter fruit, those families and children who give birth naturally, should also taste/pay for it together.
After the two-child policy was fully liberalized, the ratio of male to female newborns gradually became balanced.
The gender imbalance faced by this generation and the next generation is also particularly tricky.
Marriage squeeze has occurred in the past. Older men can marry women of school age, and men of school age can marry younger women. Each generation "borrows" from the next generation, thereby alleviating the problem of "squeezing".
This is possible because of a prerequisite-the total population is growing. The next generation has more people than the previous generation, or at least about the same, to have enough capacity.
This premise does not exist for post-90s and post-00s.
According to the data of the "six censuses", there are about 219 million people born in the 1980s in Mainland China; about 188 million people born in the 1990s; and about 1.47 people born in the 00s. "Seven Pu" will tell us how many people are born after 10, maybe even fewer than those born after 00.
Gender imbalance has encountered a shrinking population, so what can I do for it.
Post-90s want to "borrow" from post-00s? Not enough to borrow.
The problem of "leftover men" will trouble at least two generations.
Economics describes unemployment, which is divided into "frictional" and "structural". Frictional unemployment is short-term unemployment in the process of finding a new job, while structural unemployment is mid- to long-term unemployment caused by market imbalances. Now we can also say that the phenomenon of "leftover women" is mostly frictional, while the phenomenon of "leftover men" is already structural.
The individual has individual encounters, and the overall has overall reality. Marriage, from a microscopic point of view, we certainly hope that it is a romantic story of joy. But population data tells us that there are bound to be many will, reluctantly, and even unwilling to ask for it. 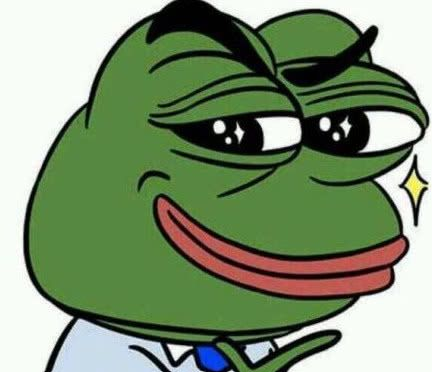